frank sidebottom started his fantastic show biz career 25 years ago in his garden shed in timperley. with his stupid puppet little frank, big frank became the greatest semi-professional entertainer the village of timperley had ever seen! Frank made regular appearances on granada telly in the late 80s and 90s, and became a disc jockey on various radio stations, broadcasting radio timperley with his show biz pals. frank often toured the country, doing ace concerts, lectures and puppet shows for his fans.

he released records, including tracks such as panic (on the streets of timperley), timperley blues, and timperley sunset. not forgetting his cover versions of some of his favorite songs. mark e. smith of manchester band the fall once said that frank's version of hit the north was better than his own!

it's a shame it was all spoiled by cardboard 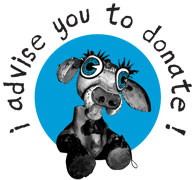