a frank sidebottom statue, now thats an idea. frank sidebottom had been an ambassor for timperley for many years and around the world, and also closer to home he touched the hearts of many. never vulger and always keen to promote timerley a statue of frank sidebottom would be a fitting tribute for the late timperley legend.
so a team of fans, friends, collegues, family and other formed a committee, set up a constition, with the sole aim to fund raise monies to get a statue of frank sidbottom built and put into place in the heart of the much love and much respected timperley. 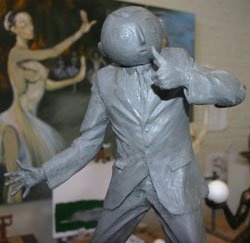