3rd October - A Frank Celebration
We are pleased to confirm that Rick Sarko and Barry Spencer (The Freshies) and Harry Sievey will be doing an acoustic spot on the night.
The plans for the event (subject to change)
6.00pm a shandy at the Stonemassons Arms
6.30pm meet at the Frank Sidebottom Statue for a group photo
7.00pm Doors at L.M.R.C.A. Open
7-8 DJ Slot
8-8.45 Show reel Frank Sidebottom Coverage
8.45-- Some statue video (the day before)
9-9.30 - The big celeb interview with Mick Middle doing the interview
9.30-9.45 Some Statue video, the day of the unveiling
9.45-10.15 XL5 live band playing a selection of songs
10.15-10.45 Live acoustic set with Rick Sarko, Barry Spencer (The Freshies) and Harry Sievey
11- midnight DJ Set

Please note this is ticket only
The venue is the L.M.R.C.A Railway Club, Navigation Road, Timperley 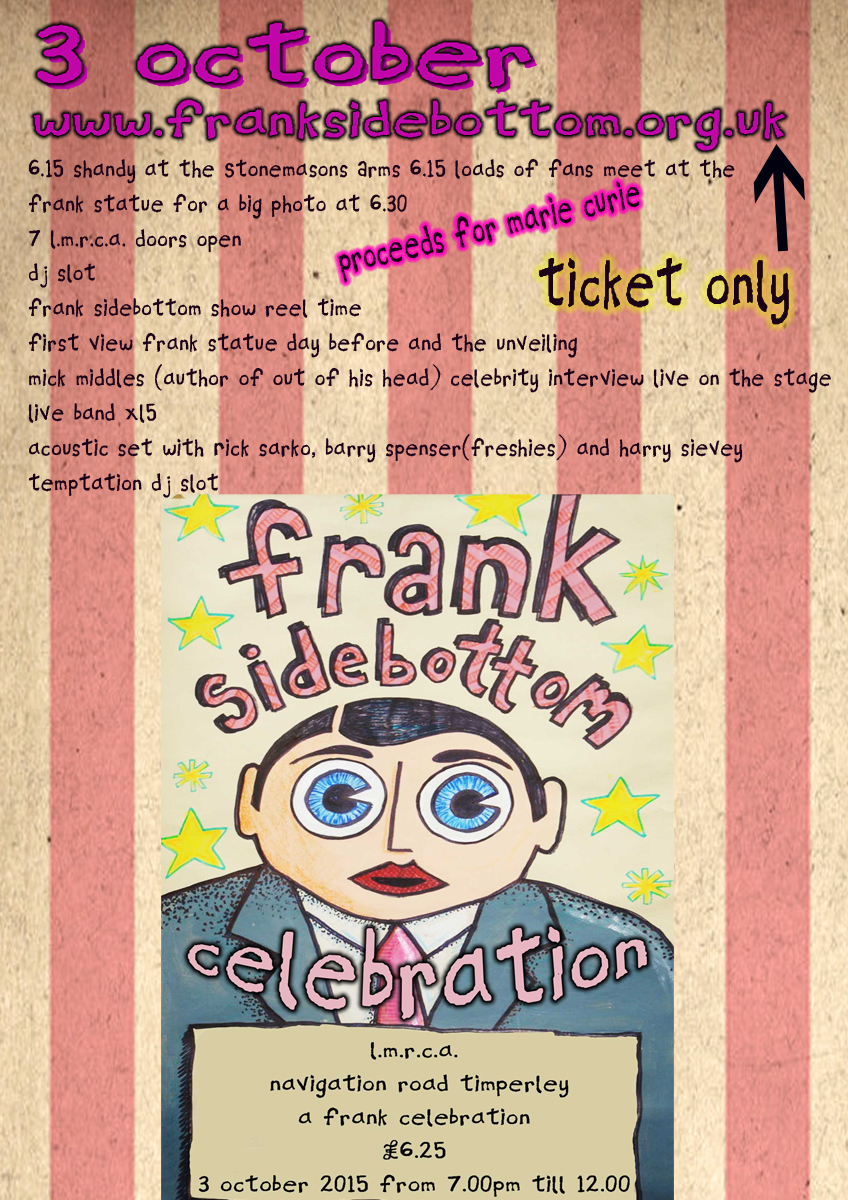 We are still finalising details, but this should be a fun and entertaining night.
Monies left over after covering our cost will be going to Marie Curie which is a excellent cause.
Plans include;

The venue is the L.M.R.C.A Railway Club, Navigation Road, Timperley 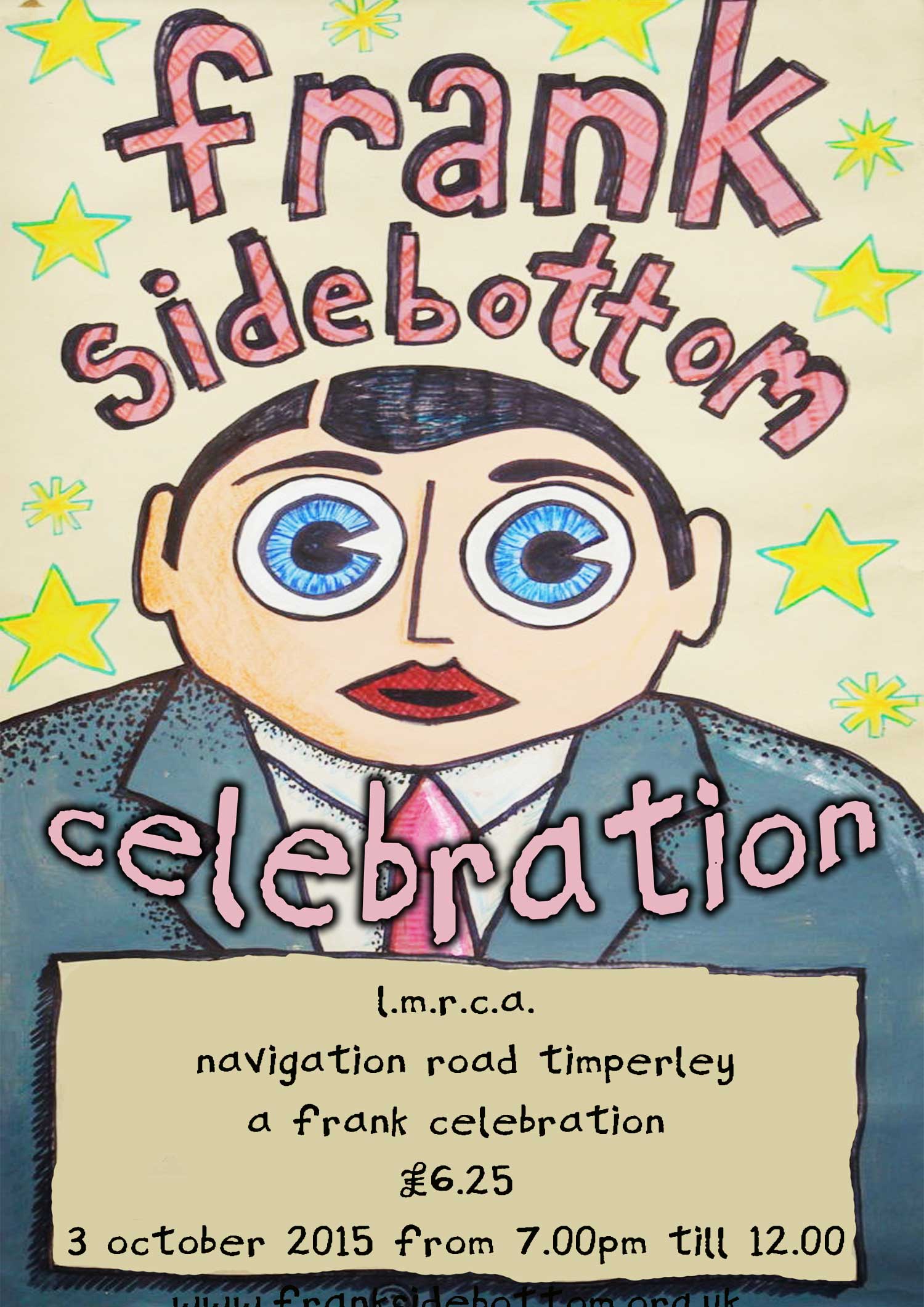 Date for the diary
October 3rd a Frank Celebration
Where? LMRCA TIMPERLEY
DJ slots, Live music, some Frank Film to watch and more.
Final details to be announced towards end of the month.
Tickets on sale end of the month.
Will have updates on the web site, soon, very soon 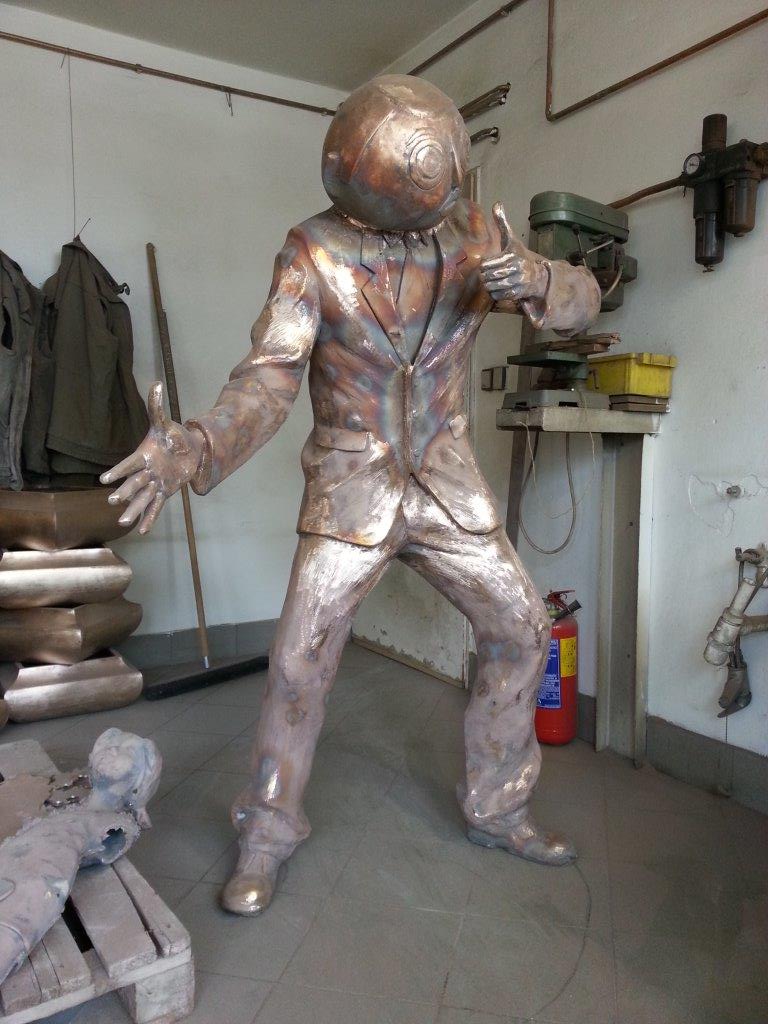 AN APPEAL FOR HELP - PLEASE SHARE
We had a cheer leading team that should have been our entertainment this year, however, and sadly that have had to pull out at the last minute.
Please can you help in anyway? Please also can you share this message

The Frank Sidebottom Statue in Timperley Village is going to be an official Marker for the Manchester 2015 Marathon on April 19th
We have been asked to put on entertainment to cheer on the 13k
runner ! Can you help by providing any entertainment?
We need Cheerleaders, Buskers, People in Fancy Dress, Frank Costumes and Heads, Musicians, Jugglers, Street Entertainers or Frankly anything you can suggest that would make the day more fun for everyone, not least the runners themselves. If you can help please contact Neil Taylor here:
http://www.franksidebottom.org.uk/index.php/contact-us

the frank sidebottom statue is going to be a official marker point again for the manchester marathon 2015 which will be on the 19th april. 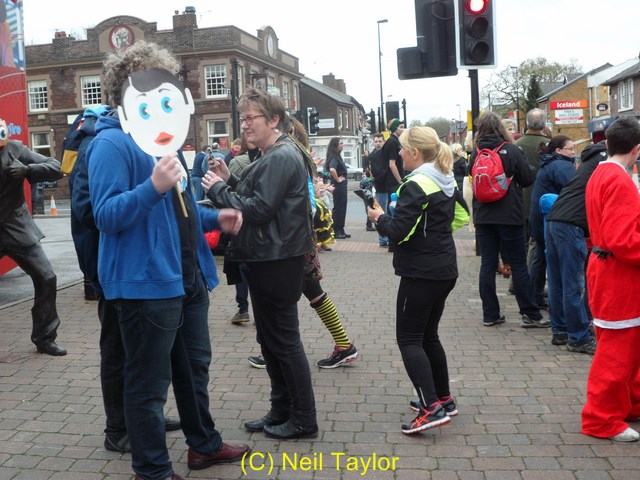 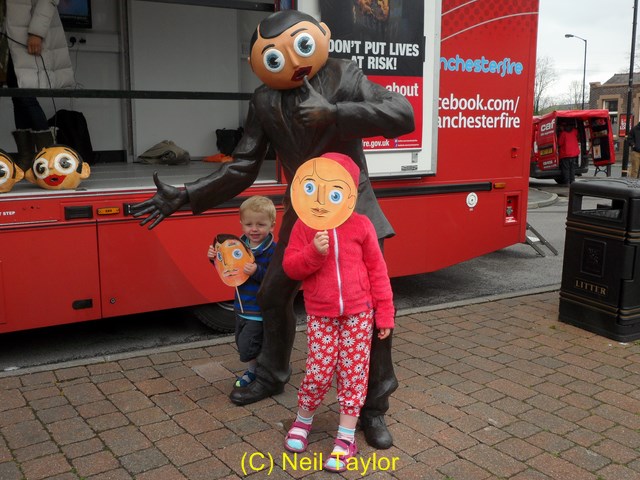 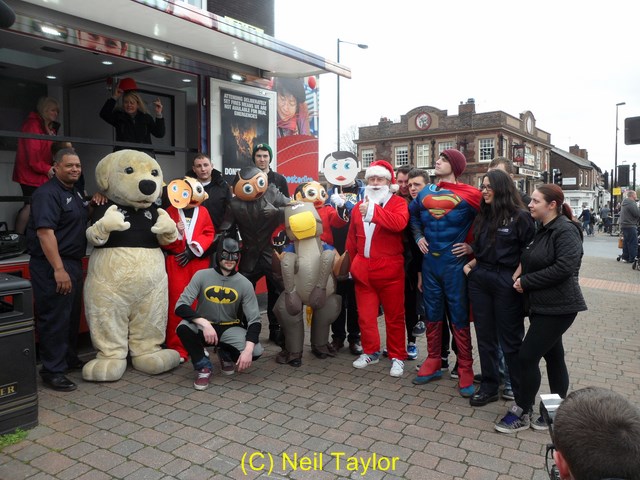 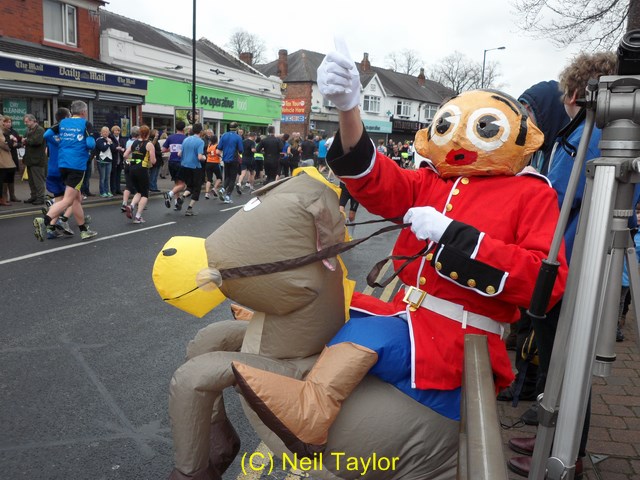 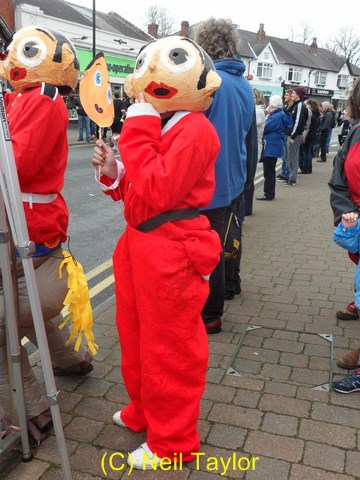 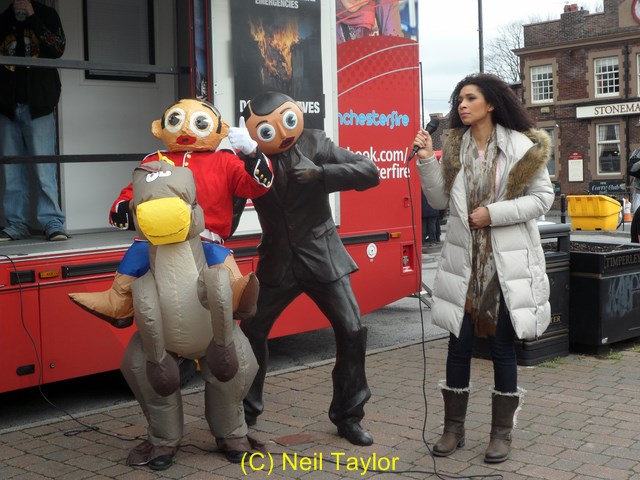 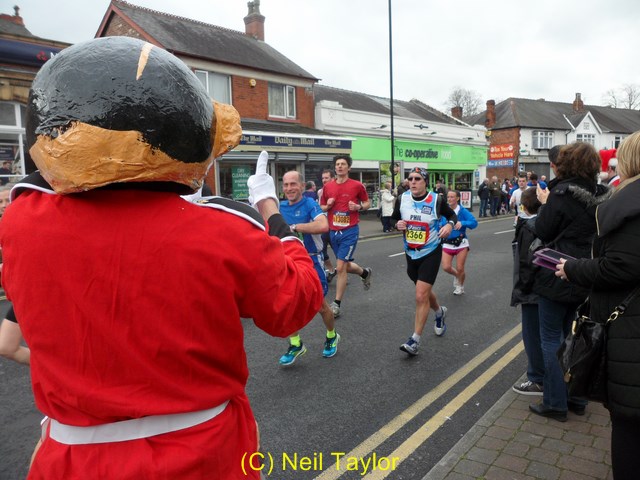 Launch of Middles' Out of his Head' book at Portico Library November 6.

There is a charge but wine is free and books discounted. 7.30 pm though doors opens at 6.30.

Details from Portico website or Chorlton Bookshop. Thank you! 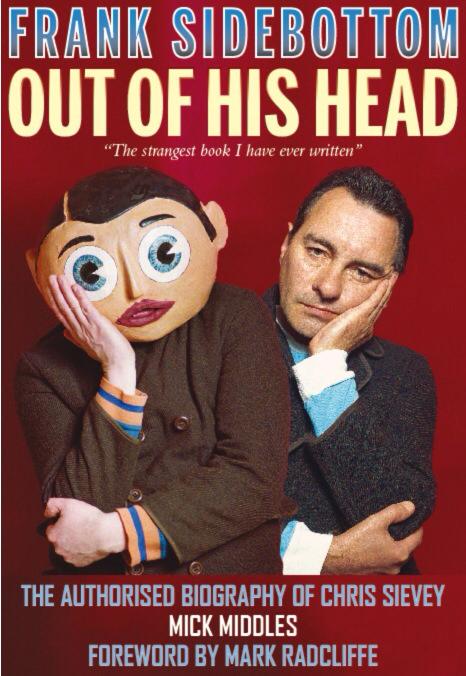 Jon Ronson is doing a number of talks in the UK and here are the list of dates and venues:

We are looking for fans to come and join us on the 6th April. If you have a Frank Head, please bring it. If not, please do not worry, but do dress up in fancy dress. We need as many of you as possible to chear on the runner as they pass by the Frank Sidebottom Statue in the heart of Timperley.

For those that are able to join us at the Frank Sidebottom Statue on the 6th April, for the Manchester Marathon, here is some more info.
We have had an offer of a singer, but can anyone help with a amp, speakers, mike etc?
We are looking for as many fans to dress up as possible, so please help and support this if you can.

Some great news! Our Friends at GForce will be bringing some young people along to cheer on the runners, and they will also be making Frank Sidebottom Masks!
So no excuse not to pop along now … You can make your very own Frank Mask on the day.

We are asking for people to arrive around 9.30am and it should all be over around 12.30pm There are places to get food, and also toilets near by. Car Parking is free, but be aware that a number of roads in the area will be closed from 8.15am, so please allow plenty of time.

Here are some times and other information.
Information about the event:

• Please note that the roads in the area will be either closed or subject to diversions. Please check that you can easily access and egress the event. If you think this may be an issue then please get in touch.

As a reminder there is a £500 prize for the best supporting entertainer, as voted for by the runners in the post-race survey. Last year this was won by Altrincham Children’s’ Choir who I know have used the funds to continue the work of the group.

We very much appreciate your support and the runners certainly enjoy having something to keep them going. The marathon has recently been shortlisted for a national friendly event award, and the entertainment has played (pardon the pun!) an enormous part of that.

If you can help, or want to join in, please contact us by clicking on THIS LINK

This movie has been inspired by the Frank Sidebottom characture, the moview is NOT about Frank Sidebottom.
May Frank Sidebottom fans are going to get confused abut the ethos of the movie, but when Chris (the man behind the mask) was alive he approved and new it was going to happen. The family are also supportive and have no issues.
Its a dark movie, dry in places, with a number of quirks, and as the moview concludes, there is an underlining message that some will "get" and understand.
One of those films that will be ver marmite (a bit like Frank Sidebottom) you will either love it, or you will not, with very little middle ground.

Director Lenny Abrahamson talks to The Playlist about his movie "Frank" on March 11, 2014 at the South By Southwest Film Conference. "Frank," which will be released by Magnolia, stars Michael Fassbender, Maggie Gyllenhaal and Domhnall Gleeson in an unlikely band on the fringes of the music world.

Here is what Jon Ronson has to say about the movie. 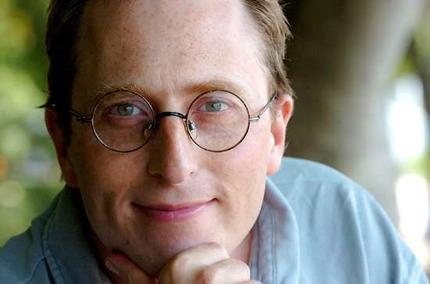 Hello. I’m Jon Ronson. For three years in the late 1980s I was Frank’s keyboard player. I lost touch with Chris for a long time but around 2006 he contacted me out of the blue to ask if I’d write something in The Guardian about my time in the band. Chris liked the story I wrote and so did my friend, the screenwriter Peter Straughan. Together, with Chris’s approval, we started writing a screenplay about an outsider artist/musician inspired by Frank. The story - we all decided from the beginning - would be totally fictional but have elements of the themes from that Guardian article. The film is made now - Frank. It’s about a man who wears a head similar to Frank Sidebottom’s head. But unlike Chris, he never takes it off. I think it’s wonderful that Chris’s extraordinary creation continues to inspire British culture - there’s our fictional film, Steve’s Being Frank documentary, Neil’s statue, my short eBook, and so on. Frank lives in many ways. 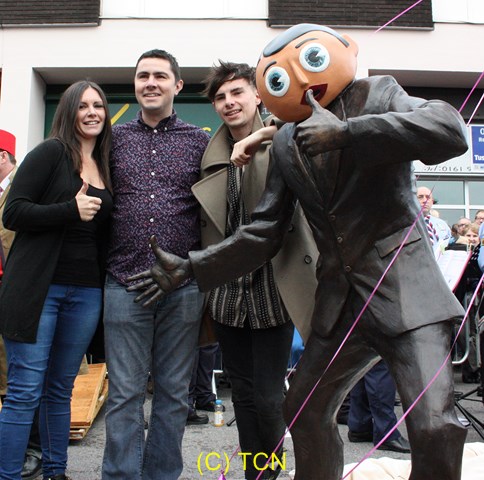 Harry
"When I think about Frank Sidebottom, I think about how he wasn't afraid to do things differently, even if he was the only one who understood it. He was also very often unpredictable, and its these ethics that inspired the "Frank" film. The beautiful shot film captures the excitement and emotion of what it would be like to be involved in the band of such a character. From its happy to its more melancholic moments, Michael Fassbender and crew really deliver the story of this emotional roller coaster."

Asher:
"I didn't really know what to expect when i watched the film FRANK. To be honest there were parts where I laughed, parts where i cringed.... but I think Jon Ronson has done a great job with the film and the film makers worked with us 'The Sievey family' keeping us informed of the films progress. Before my dad passed he had already consented to the film FRANK being made.
No doubt that it will confuse and cause conflict amongst Frank Sidebottom fans as people ask, why have they changed the head, why have they changed the voice, Frank is from Timperley not America! The film is just inspired by Frank, not actually about Frank Sidebottom. It's more the idea of a man behind a mask, as he struggles to face the world, as unlike Frank Sidebottom, he doesn't take his head off!
The film is understandably not everyone's cup of tea, but neither was Frank Sidebottom! "

Stirling:
"Having watched the film Frank, i found it entertaining and enjoyable, and I know that my Dad would have loved the series of crazy coatic events, that are loosely based on his own character invention. My dad loved things that were far fetched and out there, and I think he would be truely happy with the finished film, and it is a shame he never got to see what he helped to create."